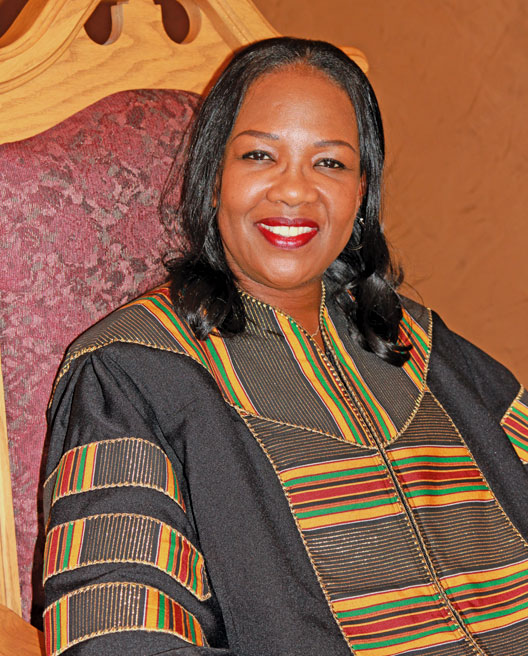 The Rev. Dr. Mary S. Minor is an ordained itinerant elder in the African Methodist Episcopal (AME) Church, the oldest African American Christian denomination in America. After entering
ministry in 1989, she was ordained Deacon in 1992, Elder in 1994, and received her first pastoral appointment in 2000.

Since October 2015, Dr. Minor serves as Pastor of the historic Brookins-Kirkland Community AME Church, Los Angeles, where she successfully relocated the congregation to a new edifice in 2016.

In 2017, Dr. Minor was elected Vice – Chair, Pro Tem, of the Southern California Conference Board of Trustees under the chairmanship of The Right Reverend Clement W. Fugh, Presiding Prelate of the Fifth Episcopal District.

Under the tutelage of Rev. Dr. Cecil L. Murray, Dr. Minor served at First AME Church, Los Angeles and its affiliate corporations for fourteen years, where she held a variety of ministerial and corporate positions, including Minister of Youth and Planning & Development Officer.

She believes in worshipping God, witnessing about Jesus Christ, equipping the people of God for service through the power and guidance of the Holy Spirit!

Professionally, Dr. Minor works as a Senior Consultant for the Southern California Permanente Medical Group at Kaiser Permanente. For nearly twenty years, she has held various leadership positions within the company.

Her education (professional and academic) includes:

Several organizations recognized and honored Dr. Minor for her outstanding accomplishments and achievements:

Dr. Minor has an adult daughter, an adult son, one daughter-in-love, and is the proud grandmother of two grandsons and two granddaughters-in-love.